I resigned as a top drug enforcement cop to become an activist and criminal defense drug expert witness. I can teach you how to win your drug case.

In order to win, you must know exactly where you are during the complicated court process.

There are only 7 steps to all drug prosecutions and it’s very important to know each step.

Learn these 7 steps and you will never “wonder” or “feel lost” during the horrible ordeal of navigating your drug case. 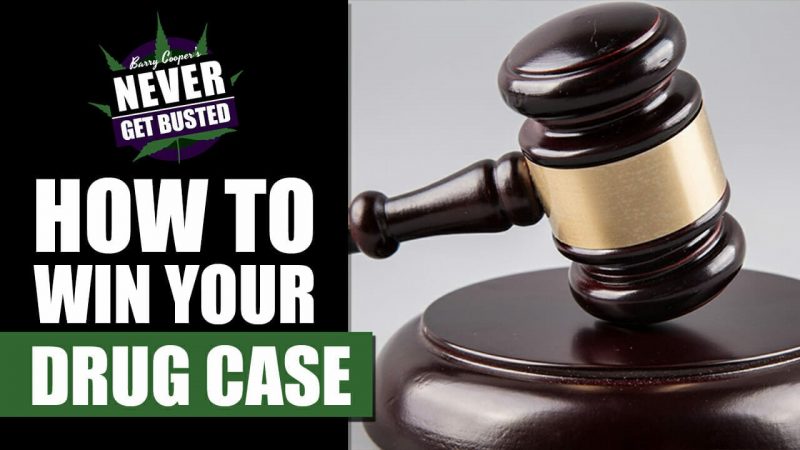 Being arrested is a traumatic experience. I personally have been arrested and jailed 9 times and raided twice. Sadly, during my tenure as a decorated drug cop, I arrested thousands for drug crimes so I know how to behave during an arrest.

Never pick a fight with the government. If you get violent, they know what to do with you. In fact, most American officers instigate aggression for the purpose of producing an adrenaline rush that comes when using force.

American police killed 1,129 people in 2017. This means over 3 people per day are being shot, choked and electrocuted to death by American police.

Never get aggressive with the cops.

I am sorry you suffered an arrest. I can help you through the trauma.

It is important to know your bond amounts. Bond amounts ARE NOT what you paid a bonds person to get out of jail.

Instead of paying the entire bond amount, most bonds persons send a bounty hunter to arrest the defendant and forcefully bring them to court.

It is very important to never be late or miss any of your court dates unless you flee to a place that won’t allow extradition.

If you can, it’s sometimes better to flee to another state or country to avoid prosecution.

A school teacher and her son in North Carolina were recently busted growing 30 marijuana plants in their house.

Instead of facing prosecution, they simply paid the bondsman the full bond amount ($10,000) and fled to Colorado after learning their state would not extradite from Colorado.

The bondsman was no longer on the hook for the full bond amount so he has no interest in sending a bounty hunter to arrest the duo.

Fleeing can be an option.

A Public Defender can be just as good as a “high-dollar” lawyer. In fact, as part of local court rules, most expensive lawyers are required to take a certain number of public defender cases each month.

If you have not hired a lawyer already, DON’T!

Request a public defender and use your money to hire Criminal Defense Expert Witnesses. This way you can have a defense team like the rich and famous.

If you want to win your drug case, do not go into court with just a lawyer. Over 2 million people are currently incarcerated in the United States and all of them had “just a lawyer” so there! That is 2 million reasons why having only a lawyer does not work.

A person relinquishes that right when they hire a lawyer.

You have already been arrested and made bond so if the upcoming step 4, wigs you out, lawyer up and let him or her obtain the discovery.

Each person arrested in the United States has the right to review all the evidence the government is going to use against them.

The government is required to allow the defendant, their lawyer and their experts to review the evidence for mistakes and to plan a defense.

After obtaining the discovery, you, your lawyer and your expert will review the evidence and find “holes” that will be used in Step 5 to get your case dismissed (suppressed.)

Reviewing discovery is time-intensive and can require days of focus.

I have reviewed the discovery in over 300 cases and I always find mistakes.

This is the step that precedes the jury trial. If a person wins this step, they are free to go.

Since juries are predisposed to convict drug defendants during a trial, it’s very important to win the suppression hearing.

The judge, prosecutor, and police form a triad against the defendant.

The judge claims he is impartial but that’s not true. The judge works for the government who is prosecuting you so he does have a huge interest or “dog in the fight.” The term “impartial judge” is an oxymoron like “Microsoft works” or “jumbo shrimp.”

Based on the “holes” found in the discovery, your lawyer will begin explaining to the judge why your arrest was improper and illegal.

The prosecutor and cops will argue why the arrest was legal. Defendants rarely testify during the suppression hearing but the police always do.

If the judge decides you are right, you win your drug case and he will dismiss the case and you are completely free to go.

If you lose the suppression hearing, you will progress to Step 6.

It is vital to have an expert and his lawyers review the discovery to ensure your lawyer is mounting a proper and aggressive suppression defense.

Suppression hearings need to be closely monitored by somebody other than your lawyer.

Suppression hearings are usually “cookie-cutter going through the motions” with the judge pre-determined to announce, “MOTION DENIED.” This means the defendant loses.

If important people are watching your case, the government is less likely to railroad a defendant through the suppression process.

I am a famous expert witness case consultant who operates in all 50 States and has successfully consulted in over 300 drug cases nationwide. If you wish to win your drug court case then ensure you read all the information in detail.

In fact, I recently stared in a movie with Woody Harrelson, Susan Sarandon, Eminem, and 50 Cent, “How To Make Money Selling Drugs.” The movie was released in the theaters in 2013 and featured my work as an expert witness.

I can consult and guide defendants through the entire legal process while my lawyers ensure the defendant’s lawyer is acting properly. I am not a lawyer but I work with some of the most famous lawyers in the U.S. They are also among the best attorneys in the country, like Marc Victor. Winning the suppression hearing is a vital step to win your drug case.

Normally, it is not advised to take a drug case to trial.  I have been an expert witness in several jury trials and we won but it’s rare.  Try to win the suppression hearing and avoid a trial. This is truly the best way to win your drug case.

At any time during steps 3 through 5, you may be offered a plea bargain. Negotiating a plea bargain is a complicated game of chess so it’s very important to have others on your defense team to ensure your lawyer is not trying to sell you out.

In conclusion, there is nothing fair about the U.S. criminal justice system so it’s important to use experts when trying to free yourself from a non-violent drug crime. I would love to help. Peace, love, and NeverGetBusted.

Barry Cooper was once considered one of America’s top drug agents who worked joint operations with the ATF, DEA, FBI, U.S. Military and Border Patrol.  During his career as a narcotics officer, Barry accumulated a record of over eight hundred narcotics arrests and the seizure of millions in cash and assets.  Tom Finley, Commander of the Permian Basin Drug Task Force states, “He had a knack for finding drugs and made more arrests and more seizures than all of the other agents combined. He was probably the best narcotics officer in the state and maybe the country during his time with the task force.”

Barry now admits his conscience often bothered him while seeing everyday, hard-working, non-violent citizens torn from their children and spouses and placed in jail during a raid or a traffic stop.  Barry explains, “My parents, the public schools and the churches taught me any person who used drugs is evil and deserves to be harshly punished. At times, I could feel I was doing something wrong but the brainwashing of anti-drug propaganda, my addiction to adrenaline and my need for peer acceptance overrode my good conscience.”

When Barry quit the police force he was tormented by the terror he had caused as a cop but with the help of his wife, Candi, he devised a plan to help set his karma straight.  In 2005, Barry released his NeverGetBusted DVD series to help prevent other families from suffering inhumane treatment at the hands of the American police and politicians.  The video series became world-famous for teaching citizens how to avoid being arrested for marijuana.   Watch Barry’s NeverGetBusted videos for free here.

NeverGetBusted has since evolved into a humanitarian cause dedicated to freeing prisoners and defendants of the war on drugs.  Barry now works as an expert witness using his past experience to expertly counter the court’s attempt to prosecute citizens for drug crimes.  Barry knows all the tricks drug cops and courts use to bend the rules to doom the defendant.  He has guest lectured and taught thousands of criminal defense lawyers on how to defend drug clients.  Not including the tens of thousands spared through his NeverGetBusted DVD series, Barry has helped over two hundred drug defendants go free. View Barry’s credentials here

“You may have seen him on the pages of Maxim, or during one of his many appearances on CNN, Fox News, and Spike TV. He’s the cop who turned against the drug war. In American pop culture right now, there’s nobody quite like him. As one of the former top drug cops working the Texas highways, he was ferocious, bringing down hundreds of people for possessing even tiny amounts of an illegal substance. In his new life as an anti-prohibition crusader and activist filmmaker, he’s just as ferocious, but now it’s his former colleagues in law enforcement who are sweating his intimidating gaze…Cooper is on a mission to free America’s pot prisoners and take down the abusive cops he once sought to emulate. In the terminology of war, Barry is an insurgent, lobbing bombs into the fourth estate as his form of penance for all the people he put behind bars on drug offenses.” —True/Slant

Barry Cooper has received global attention by being reported in over 700 newspapers and magazines including Rolling Stones, High Times, a feature in Maxim Magazine and a front cover feature in Cannabis Culture Magazine and the Texas Observer. He has been a guest on numerous radio shows and every cable news channel including MSNBC Tucker Carlson, FOX Geraldo At Large, ABC I Caught, NBC Mike and Juliet Morning Show and NPR’s, This American Life. He has also appeared as a drug and legal expert in five episodes of SPIKE TV’s reality show, MANSWERS. Barry recently starred with Woody Harrelson, 50 Cent, Eminem and Susan Sarandon in the anti-drug war documentary, “How To Make Money Selling Drugs.” The movie features Barry freeing prisoners.

“Barry was even better than he says he was. He had a knack for finding drugs and made more arrests and more seizures than all of the other agents combined. He was probably the best narcotics officer in the state and maybe the country during his time with the task force.” –Tom Finley, Commander Permian Basin Drug Task Force