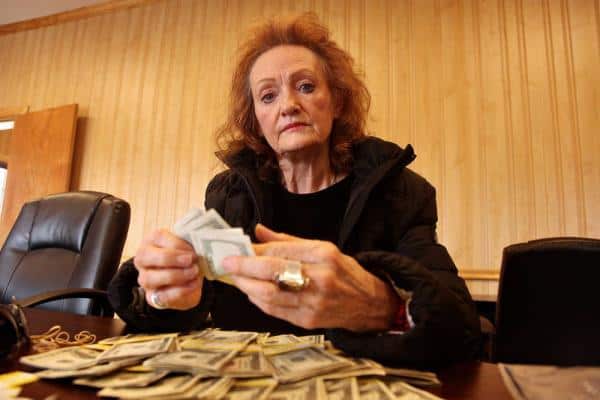 The city of Estelline is reviewing its police procedures after Hall County authorities reached a $77,500 legal settlement with an Azle woman who alleged officers illegally seized more than $29,000 from her pickup and kept $1,400 of her cash.

The federal suit, filed last year by Laura Dutton, 64, alleged that the cities of Estelline and Memphis, former Officer Jayson Fry and Memphis Police Chief Chris Jolly violated her Fourth Amendment rights against illegal search and seizure when she was arrested Nov. 28, 2012, in Estelline on a felony money laundering charge.

The cities and the officers denied Dutton’s claims, but the case was settled in an agreed order approved
July 17 by U.S. District Judge Mary Lou Robinson.

Fry, who was parked just past a speed limit sign in the tiny Hall County town, stopped Dutton that November evening for traveling 61 mph in a 50-mph traffic zone. Fry, the city’s lone police officer, asked to search Dutton’s pickup, but she refused. The officer then contacted Jolly, who drove “Kilo,” a drug sniffing canine, to Estelline about 30 minutes later, according to court records and deposition testimony.

Fry told Jolly he thought he smelled raw marijuana in the pickup and that he thought Dutton was acting nervously. The drug dog “hit” on the vehicle and the officers found more than $29,000 inside Dutton’s purse, still bundled in bank currency wrapping. Dutton told officers she didn’t do drugs and denied having any marijuana in her truck. She told officers the cash came from a recent property sale, and no drugs were found during the search.

During the stop, the Memphis police chief reportedly contacted Dutton’s two sisters, who confirmed her account that the money was received from a recent real estate transaction. Jolly, according to court records, then called an experienced local criminal investigator, who advised that officers did not have enough evidence to justify Dutton’s arrest. After consulting with Jolly, Fry arrested Dutton, who was held overnight and bonded out the next day.

In January 2013, District Attorney Luke Inman’s office refused the case for prosecution, citing the fact that Dutton provided records of the land sale. Dutton later returned to claim her seized cash, but said the city didn’t return all the money that was seized during the arrest, a claim she noted on her signed receipt. The city returned $29,640 to Dutton on Jan. 10, 2013, and her speeding ticket was dismissed.

The city of Estelline, according to court records and depositions, did not properly investigate Dutton’s complaint that officers seized $1,400 more than was returned to her and could not produce video recordings of Dutton’s roadside interrogation by Jolly and Fry in Jolly’s police vehicle.

“The city of Memphis claims they destroyed their copy of that recorded interrogation. The city of Estelline says they didn’t make any such video or audio recording of Dutton’s roadside interrogations; only Memphis did,” court records show.

In a deposition, Estelline City Manager Richard Ferguson said the city, which has about 150 residents, had no written drug dog policy, no written arrest policy and no established forfeiture policy. The city also maintained no written records of past searches or seizures, yet traffic fines and forfeitures made up more than 89 percent of its gross revenues in fiscal year 2012.

Fry, who first became a reserve officer with the Tahoka Police Department in 1999, had served at 20 different law enforcement agencies in the past 13 years. He stopped working in law enforcement less than a year after stopping and arresting Dutton.

In her analysis of the case, Judge Robinson also cited concerns about the stop, but said there was no evidence that Chief Jolly had anything to do with the cash after it was seized.

“There is sufficient evidence in this record for a jury to return a verdict in plaintiff’s favor on her unconstitutionally prolonged detention/wrongful arrest/wrongful seizure claim,” she wrote. “There is evidence from which a jury could find that Jolly unconstitutionally ordered Dutton’s initial arrest based solely on Kilo’s positive alert on drug odors on the money itself. No reasonable officer would have arrested a suspect solely because his drug dog, certified or not, hit upon drug odors on circulated cash.”

Lee Ann Reno, an Amarillo attorney who represented the officers and the cities, said her clients maintain that the officers committed no wrongdoing.

“We vigorously defended the lawsuit and believe that both Chief Jolly and former Officer Fry as well as both of the cities did nothing to violate Ms. Dutton’s constitutional rights, but recognizing the uncertainties of continuing with litigation, all the parties agreed that a settlement was in their best interest,” Reno said. “The city of Estelline City Council is reviewing their current policies and procedures and exploring whether to adopt a new policy and procedure manual with respect to the operation of the police department.”

Dutton, who will collect more than $46,000 from the settlement, said she is pleased the case was settled, but now is working to clear the arrest from her record, a process she said could take up to three months.

“I can’t be the only one this has happened to, so I believe that more people are going to become outraged. … to get this stopped,” said Dutton, who dubbed Estelline a “rogue” police operation and “speed trap.”

“I feel that I was roped, corralled and branded and put out to pasture as a felon,” she said.

The city of Estelline, meanwhile, is paying off a substantial debt for unpaid traffic fine revenues that it was supposed to pay into the state’s coffers.