Federal judge has Serious Concerns About The Reliability Of Drug Dogs 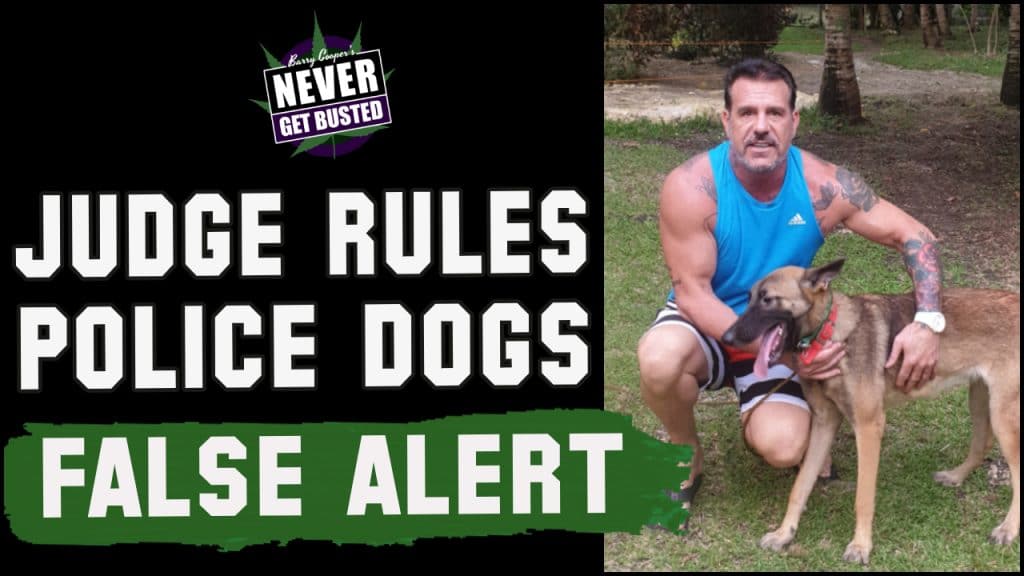 For decades the use of unreliable narcotic detector dogs has allowed the government to seize billions in assets and arrest millions of people for non-violent drug crimes. Over the years there have been scores of attempts by a number of different drug dog experts, including myself, to get the courts to acknowledge drug dogs can be unreliable and will false alert.

In my opinion we should never use drug dogs to develop probable cause. There are too many variables that apply to whether a canine’s alert is true or false. Drug dogs should only be use to help officers locate contraband. 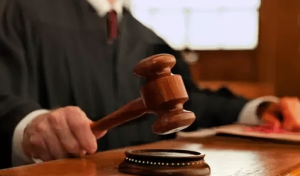 Although the courts are still recognizing a canine alert is probable cause for a search, a new ruling recently placed strict requirements on American drug dog teams.

In May 2020 in Utah, U.S. District Judge Clark Waddoups ruled that a K9 police sniffer dog’s training was not adequate thereby rendering the alert unreliable which allowed the defendant to walk free. This ruling in HUGE.

Detective David Allen was doing surveillance on a suspected marijuana house belonging to Mr. Jordan. Upon leaving his residence, Mr. Jordan was pulled over for speeding. During the traffic stop, K9 Officer Moore used his drug dog, “Tank,” to conduct an outside air sniff of Mr. Jordan’s silver Mazda Protege. 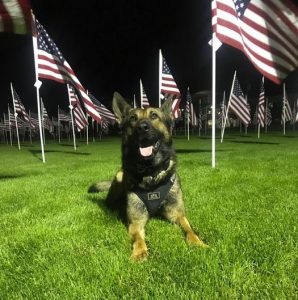 During this process, “Tank” never gave a trained response indicating he detected the odor of contraband. The dog was more interested in his surroundings and paid little attention to the vehicle. “Tank” became easily distracted by passing vehicles and others nearby.

Although “Tank” never alerted by sitting or pointing as he was trained to do, the handler claimed he could tell “Tank” was smelling drugs because of the way “Tanks” was acting.

The officers searched the car and found a marijuana pipe with residue and a handgun. Mr. Jordan was arrested and charged in federal court with Felon in Possession of a Firearm.

The defense expert stated that the dog’s actions, (sniffing into the wind, pinning his ears back and moving his head back and forth) is NOT an alert or sign of drugs being present. “Tank’s” behaviors were simply what any dog would do when sniffing something.

The expert testified she watched body camera video of the traffic stop and could not pinpoint any moment where “Tank” showed he had smelled drugs. She explained,

“K9s may exhibit in response to the odor of narcotics. One is an innate natural response; the other is a trained response. To be certified as a drug dog, the animal must consistently demonstrate the trained response when the target odor is present. A dog will not pass certification if it only demonstrates the innate natural response, which may also be demonstrated in response to any item of interest to the dog, such as food or the scent of another animal…. These alert behaviors are not unique to detecting the odor of narcotics, but are “consistent with the dog smelling anything of interest.”

The canine expert continued by explaining drug dogs can false alert via cues from the handler. She explained that because dogs are “extremely sensitive to our body positioning and our facial expressions,” a handler, even “the best intentioned handler” with the “best of dogs” can inadvertently impart bias on a dog, leading the dog to potentially “do its final indication whether or not it has detected drug odor.” 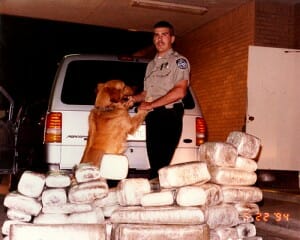 Judge Waddoups found her testimony and opinions at the Hearing to be “well founded, credible, and persuasive.” He threw out the charges and questioned whether “Tank” and other police dogs are being properly trained before being deployed to gain probable cause.

In the ruling, the judge stated. “Allowing a K9’s alert to support a finding of probable cause to search a vehicle on the unverifiable, subjective interpretation of the handler would seriously erode long protected Constitutional rights. K9 responses have been found sufficient to support probable cause sufficient to satisfy the Constitution because the dog’s proven ability to detect the odor of a narcotic reduces the risk that an officer is simply acting on a hunch.  This protection of the Constitutional right, however, becomes meaningless if the dog’s communication of its detection of drugs is so subjective that it is nothing more certain than a reflection of the handler’s hunch that drugs must be there. Because of this risk, a search based on such behavior must always be subject to review and challenge.  The review and challenge is met by demonstrating both the handler and the canine’s proper training and proven reliability.”

This ruling was personally delightful because in 2006 I was the first to blow the whistle on drug dogs false alerting.

Judge Waddoups also stated he had major concerns over the fact that “Tank” may not have been properly trained. He proposed that police dogs should go through a double blind training exercise where neither handler nor tester know if there are drugs present or where they are hidden during the testing.

In the past, the courts blindly assumed a K9’s alert was infallible if the handler could produce training records. An expert could testify the training records were incomplete or reflected poor training and the judge would not take the testimony into consideration.

Because of Judge Waddoups new ruling, training records are now subject to review and scrutiny. 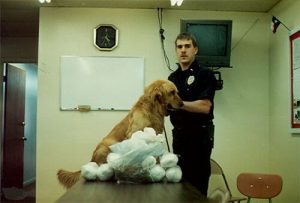 Over a decade ago I was retained on a case EXACTLY like the Jordan case in Utah. The defendant had lots of money so he hired two experts to testify. I flew to North Dakota and testified alongside Dr. Meyers who is a leading animal behavior scientist.

Just like the Jordan case, Dr. Meyers and myself used video evidence to show the judge that the dog never alerted. The K9 handler was asked, “Did your dog ever sit which is what he is trained to do upon detecting the odor of contraband.”

The officer’s answered, “No. My dog didn’t sit but he wanted to.”

I naively thought we would win the motion but it was denied. Years later and a few months prior to the Jordan ruling, I made a video detailing this experience. You can see it in the related article below.

To summarize, U.S. vs. Jordan reads like a fairy tale come true. The ruling literally mirrors everything I’ve published about k9’s since 2006. Jordan is a detailed ruling that reads like a canine animal behavioral science manual. The Jordan ruling is something millions of defendants have been waiting for…it’s a kill shot to the American drug dog scam.

If you want to read the full Jordan case, click here.