Haven’t we all wanted to play detective at some point in our lives? From blockbuster movies, NY Times bestsellers, that favorite episode of Law and Order? And now sadly, a week or day doesn’t seem to go by that we aren’t inundated with news of some true life drama unfolding before our eyes that screams of injustice. Well, here is your chance to play that role – to be the detective and right a true wrong.  This article invites you to examine real police evidence to help free a man that has been locked up for 6 months and subjected to unnecessary and unjust torture.

Click below and watch actual police footage of Rockwall, Texas Officer M. Joseph conducting illegal random searches. Why illegal? Because there is no probable cause and no reasonable suspicion. Just by watching this video one time, you can join the NeverGetBusted team of detectives and lawyers in agreeing the search is illegal. Yet, 26 year old Tyler Bonillas has been caged and will continue to be so until he satisfies a $210,000 bond.  As of the date of this publishing, as a result of his 6 months of unjust incarceration in the Rockwall County Jail, Tyler Bonillas contracted an eye infection, which has left him with permanent eye damage.

Most jurors would agree that if citizens are forced to follow laws then police must also.

In the police academy, new recruits learn that there are procedural laws that must be followed when obtaining evidence, or that evidence is considered inadmissible, because it was obtained illegally. According to the 4th Amendment of the US Constitution, in order to arrest someone or even conduct a search, police must have a search warrant or, if not, they must have probable cause. What most people don’t realize, is that there is another “layer to the onion” of search and seizure law that is just as important to our freedoms as the two aforementioned requirements. This other “layer” is a legal term called, “reasonable suspicion”, and police are trained to detect “reasonable suspicion” so they can then develop “probable cause.”

Imagine again, you are the cop and you have a traffic stop. There are only a few things that will trigger your right to search or arrest, your “probable cause.” Is the contraband in plain sight? Do you smell an odor of contraband? Do you have a tip from an informant that there is in fact contraband?  If none of these are present, you do not have probable cause, no matter how much you want to create it. Anything else, such as nervousness, red eyes, criminal history, or even a driver and passenger having mismatched stories, is simply nothing more than a possible reasonable suspicion, but not probable cause.

In 2006, we released a documentary entitled, “NeverGetBusted: Traffic Stops” that contains a chapter explaining the differences between reasonable suspicion and probable cause. We strongly encourage you to watch the video below so you can educate yourself and others on this crucial difference that may just keep you out of jail.

During the traffic stop of Tyler Bonillas, the police video shows Officer Joseph asking Tyler for consent to search with Tyler stating, “What’s your reasonable suspicion?” Normally when police ask for permission to search, motorists will reply, “What’s your probable cause officer?” As an ex narcotics officer and current criminal defense expert witness, I have viewed thousands of traffic stop videos and can tell you that the probable cause question is technically incorrect. If in fact a the cop had probable cause, then he/she would not even need permission to search.  Fortunately, in this case, Tyler, a student of search and seizure law, knew the difference between probable cause and reasonable suspicion.  He was also aware the U.S. Supreme Court has ruled that officers must have a reasonable suspicion before asking for consent to search, otherwise the officer is considered to be on a random “fishing expedition” which is a violation of the 4th Amendment.

When questioned by Tyler about his reasonable suspicions to ask for consent to search, Officer Joseph can be heard stumbling through his answer as he explains the search is “random.”  This is a clear violation of the search and seizure law. Therefore, anything discovered in the automobile is completely inadmissible in court.[/vc_column_text][vc_column_text]Furthermore, according to search and seizure law, Officer M. Joseph is only allowed to detain Tyler long enough to address the traffic violation or it’s considered an illegal and prolonged detainment.  If Officer M. Joseph developed reasonable suspicion or probable cause during the normal routine of issuing the traffic citation, then he would be allowed to take his attention off of the traffic violation and legally take more time to investigate any reasonable suspicions and/or probable cause.   In this instance, Officer Joseph never developed reasonable suspicion or probable cause. As a result, the detainment was unlawful because he took too much time on his “fishing expedition.”  Since the detainment was unlawful, any evidence gained afterwards is considered illegally obtained and should be thrown out.

When we showed the video of the traffic stop to Texas lawyer and former President of the Texas Criminal Defense Lawyers Association, Bobby Mims, he explained,

“I agree that the officer lacked any reasonable suspicion to go forward after clearing the driver. As you know once the original reason for the stop is dissipated the officer can no longer detain a citizen and he must be released to go on his way. If during the encounter as the officer diligently goes about the task of investigating the infraction he encounters other facts that lead to a reasonable suspicion that he can articulate (random stops are certainly illegal for many reasons) then he is entitled to continue the detention until that suspicion is dissipated.”

A longtime Florida lawyer, Jay Kirchner, who is board certified by the Florida’s Supreme Court in criminal trial practice, agrees with Mr. Mims and adds,

“It’s certainly a fishing trip…..Troubling here is what happens when a citizen says no.   He (Tyler) doesn’t say, “No, but feel free to interrogate the passenger to your heart’s content”.   Which is exactly what the cop  does.  And THEN asks her to exit the vehicle—-we KNOW why he asks the Driver to exit, as he says it’s for officer safety—doesn’t want to stand in the road.  But what’s the excuse for having the passenger step out?  If there is a Motion To Suppress here, it is for continuing the detention of the driver even after the driver denies permission to search. If a cop doesn’t have any reasonable suspicion, other than the fact that he has a couple of priors from somewhere else, then he is being “detained” I believe, unlawfully.”

During the review of the video, you will hear Officer M. Joseph explain to the passenger that Tyler has an outstanding warrant for his arrest. After speaking with Tyler’s public defender, Tim Hartley, NeverGetBusted learned that the arresting officer actually lied to the passenger. Officer M. Joseph just made it up – no such warrant existed.  This is an important technicality because if, in fact, Tyler actually had a warrant for his arrest, then the illegal tactics used by Officer M. Joseph would magically become “legal.”  As stated by nationally famous lawyer and NORML (National Organization for the Reform of Marijuana Laws) Board of Directors, Attorney Jeff Steinborn,

“The area is very complex.  Police have authority under federal law to arrest for any traffic infraction, but absent that, they’ve gone too far. In my opinion, once they turn their attention from the reason for the stop to a general investigation, they’ve gone too far.  BUT if there’s a warrant out for the driver, they have authority to arrest him.  That doesn’t get them a search of the car but, they can also ask the passenger to exit.  If there’s pot in plain sight when that happens, it’s over.  Police have authority to run warrant checks on any traffic stop and if the driver has a warrant, they have the authority to arrest him.  Since we know the driver actually did not have a warrant,  I’d say you have a winner.”

Well, we think so too. And after watching the videos we think you will agree. Fortunately, Tyler only had therapeutic psychedelics in the auto. If he was actually a criminal and had a murdered body in his car, this illegal search and seizure would let him off on a technicality, a result we in no way promote.

Although unrelated to the search and seizure violations,  Officer M. Joseph wrongly charged Tyler with Possession of Crack Cocaine and Possession of Heroin. However, the Department of Public Safety found the substances tested were neither crack nor heroin, but were actually two therapeutic substances known as MDMA and marijuana oil.  Although the DEA has prohibited these two substances by classifying them as dangerous drugs, scientific evidence strongly opposes the DEA’s misclassification of the two medications. 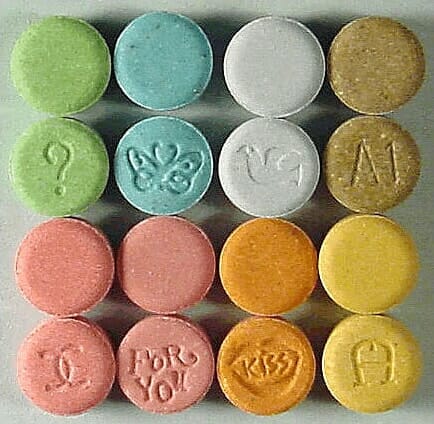 Up until 1984, MDMA was prescribed by psychiatrists as a powerful aid used during marriage counseling.  According to millions of people who have tried MDMA, the miracle drug has a way of healing persons and relationships that would normally take years of therapy to repair.  According to military.com,  MDMA also shows promise in treating combat veterans who suffer from Post Traumatic Stress Syndrome. Furthermore, when a cannabis plant is stripped of all of it’s plant material (seeds, stems and leaves) an oily resin remains that is illogically considered a felony because if officers seized the plant material that contains the oil, Bonillas would be charged with misdemeanor Possession of Marijuana instead of Possession Of THC under 1 gram. 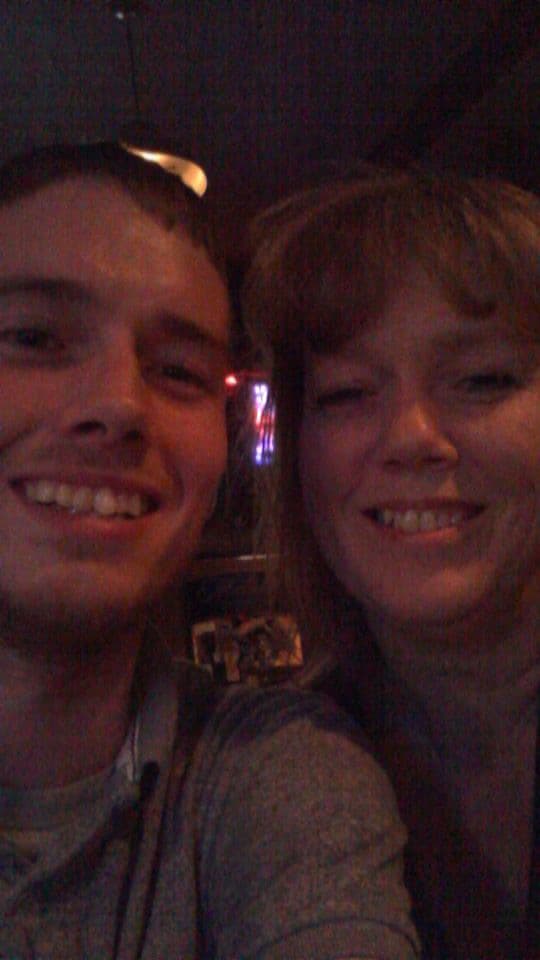 Because of the illegal steps taken by Officer M. Joseph to seize the evidence that is being used to imprison Tyler, he should be released and freed immediately. In addition, it is not immoral or “wrong” to possess the substances that Tyler actually had, and while currently illegal, it shouldn’t be. In terms of using laws to regulate morality, Tyler has the moral high ground and should be freed.

Tyler’s Evidence Suppression Hearing is scheduled for March 5, 2015 in the Rockwell county court of law with the honorable Judge David Rakow presiding.  After watching the videos, please call or email Tyler’s public defender, Tim Hartley, and encourage him to fight like hell for Tyler’s freedom during the upcoming suppression hearing. Public defenders are usually over-worked, underpaid and often under appreciated for their tireless efforts. It is your efforts here and this public attention and support that can empower a public defender to give extra attention to a case that would normally be “kangarooed through the system.”  Play your role in the system, do your part and be a humanitarian as you HELP FREE TYLER. Please make the call:

If you’d like to assist and support NeverGetBusted in future investigations, email us at info@nevergetbusted.com to learn how you can become part of the NeverGetBusted Detective Squad.