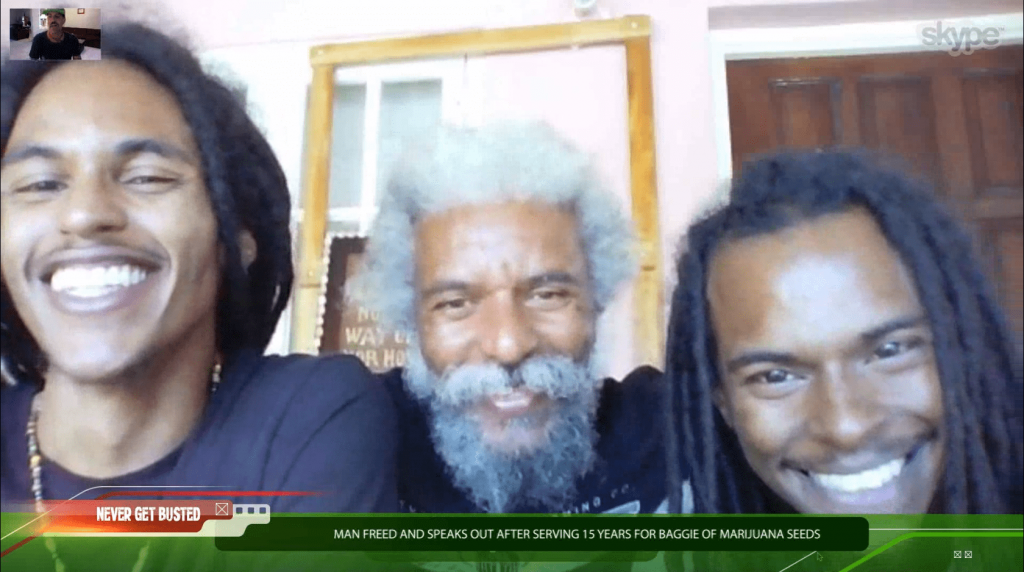 NeverGetBusted, pro bono super lawyers and a federal prosecutor joined forces to free a 57 year old man after serving 15 years of a 30 year prison sentence for possessing a baggie of marijuana seeds. Last year, after exhausting all legal appeals, Dalton Wilson, a model prisoner who earned a psychology degree while behind bars, contacted the NeverGetBusted Free A Prisoner Program who published, “We Taught That Ni&&er A Lesson.”

The NeverGetBusted exclusive detailed the story of how Wilson was arrested in 1996 by federal agents in Texas and unfairly convicted by a racist jury. Leaving his three sons behind, ages seven, nine and eleven, to spend a life behind bars will leave a permanent pained look in the family’s eyes forever.  While the eldest son, Shomari, manages the recordings, Husani, now age twenty-six, became a popular recording artist with lyrics like, “I watched my mama cry for me and broke…my dad in the fed pen jump suit i use to watch the front door and hope my daddy come through.” This portion of the song can be heard at the closing of the video of Wilson’s first interview that is attached to this story.   The youngest son, Adisa, now age twenty-four, is described by close family friends as a non-stop advocate for his father’s freedom.  As he has done for years, he continues carrying a backpack containing over ten pounds of legal documents pertaining to his father’s incarceration. It was Adisa who contacted NeverGetBusted after numerous lawyers and appeals failed to free his father.

During a prison visitation, Adisa received a copy of an article from Maxim Magazine that featured NeverGetBusted.  Wilson instructed his son to contact the organization and ask for help. 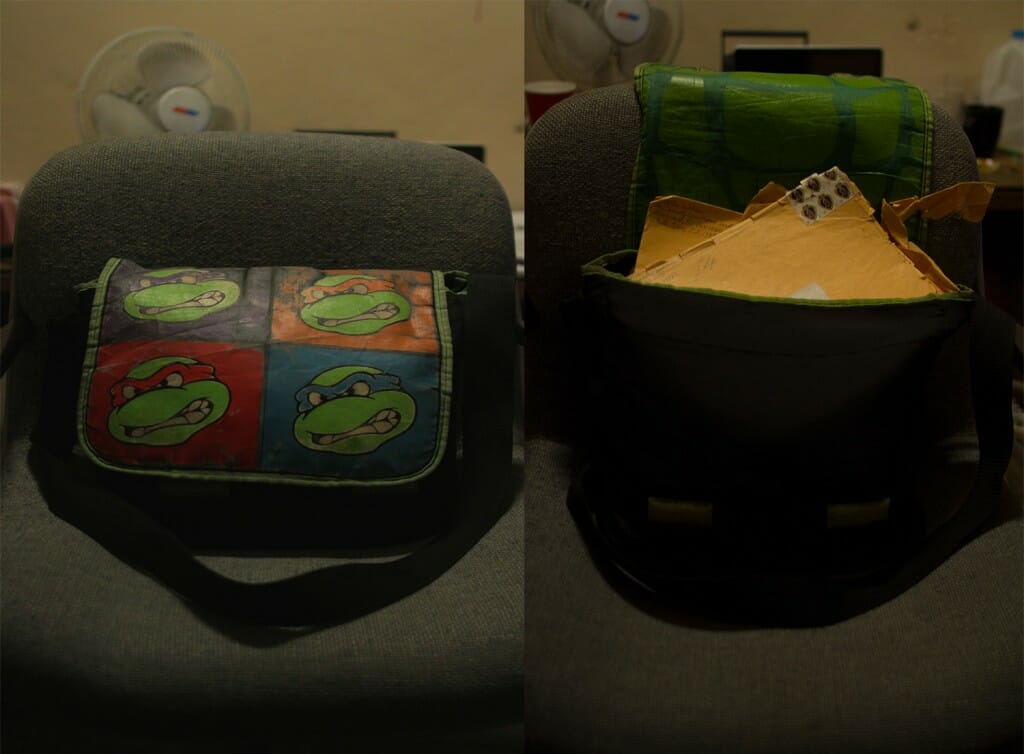 In January 2013, the NeverGetBusted Freedom Program published Wilson’s story requesting legal assistance and asking the audience to telephone Judge Junell’s office with pleas to release the prisoner of the failed drug war. Nationally famous lawyer and NORML (National Organization for the Reform of Marijuana Laws) Board of Directors, Attorney Jeff Steinborn, answered the publication’s request and agreed to review the mound of legal documents at no charge. In March 2013, Steinborn contacted the person in charge of Dalton’s case,  Assistant U.S. Attorney, Jay Miller, who agreed Wilson’s sentence was drastic.  Miller collaborated with Steinborn and together they outlined a legal strategy to free the seed prisoner. In September 2013, Mr. Steinborn’s wife fell ill so Texas lawyer and President of the Texas Criminal Defense Lawyers Association, Bobby Mims, was tapped on the shoulder to travel to West Texas for Mr. Wilson’s hearing.  Although Mr. Mims agreed to work for no charge, travel expenses needed to be covered. NeverGetBusted fans were asked to fund Mim’s travel by purchasing a five-hundred-dollar NeverGetBusted Lifetime Arrest Insurance  at the reduced rate of twenty-five dollars.  Within hours, seven-hundred and fifty dollars was raised and forwarded to Mr. Mims who purchased an airplane ticket to West Texas. 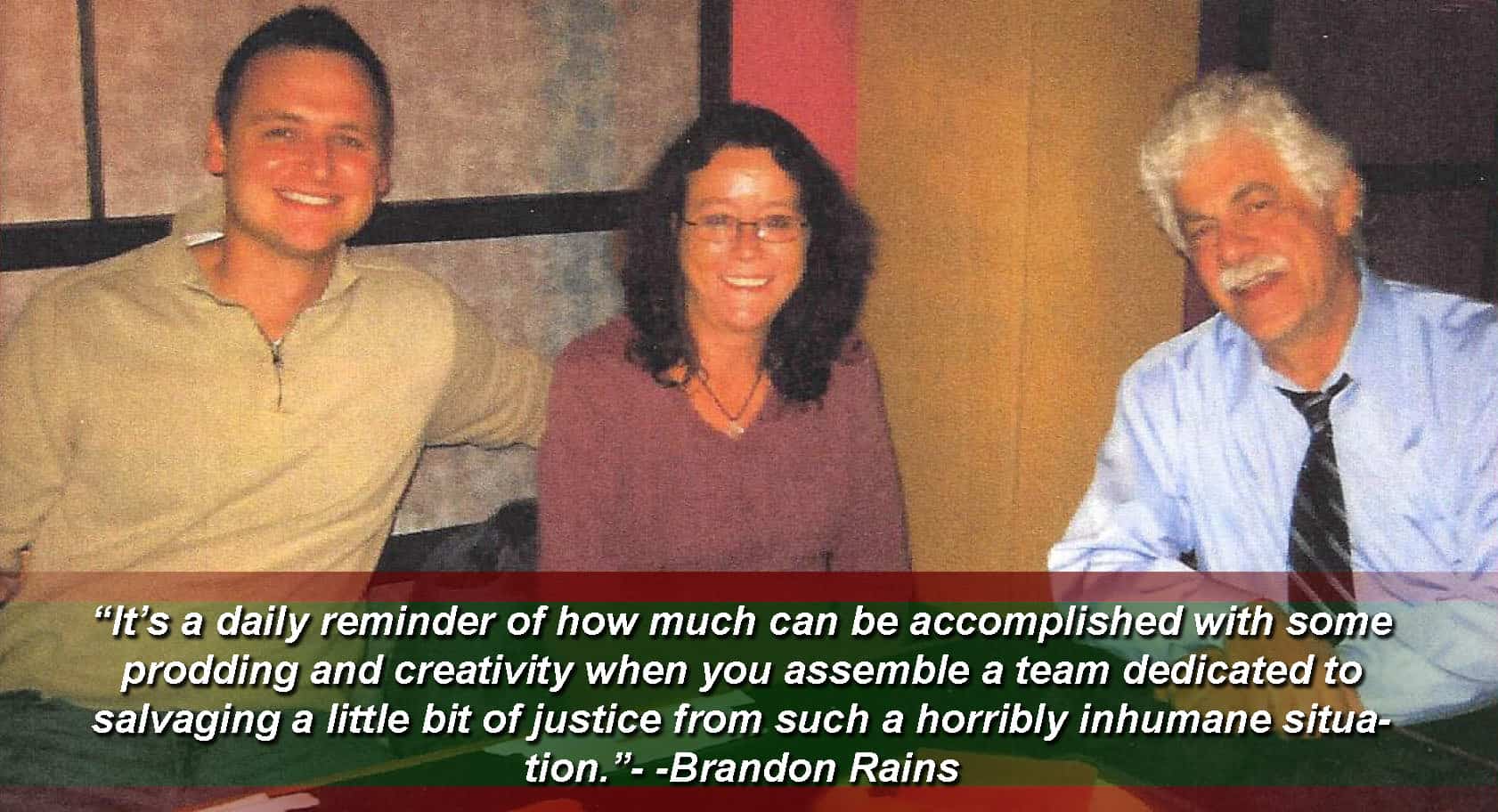 In October 2013, federal judge, Robert Junell, signed the order for Wilson to be released on December 9, 2013.   Coincidentally, Wilson is the second drug war prisoner who was the focus of a NeverGetBusted investigation that Judge Junell has released. In 2009, Junell was made famous for releasing a West Texas mother of two, Yolanda Madden, after NeverGetBusted lured drug agents into raiding a fake marijuana grow room. In November 2013, Wilson was released from prison and placed in the custody of U.S. Immigration.  Sometimes prisoners remain in immigration holding for long periods of time so immigration lawyer, Doug Grannan, donated his craft which resulted in the speedy deportation of Mr. Wilson. On December 2013, after fifteen years of isolation from the world…after fifteen years of not holding a loved one or touching the fur of an animal…after fifteen years of no private toilet and shower time…after fifteen years of demeaning strip searches…after fifteen years of not interacting with children…Wilson stepped off the airplane in Jamaica and into his mother’s arms a free man. Attorney Jeff Steinborn states, “We were able to help Mr. Wilson despite the fact that the law offered no real remedies. We examined all the possible arguments as to why justice had been frustrated and why Wilson’s case should be revisited by the court.  We had the good fortune to encounter a United States Attorney who agreed with us and wanted to help. Sadly, there are thousands out there whose cases are as shocking as Mr. Wilson’s, and many of their cases are even more difficult to solve.” Attorney Bobby Mims explains, “Dalton Wilson is now a middle aged man with a gentle disposition. He bears no hard feelings and appears to be at peace. The Assistant US Attorney Jay Miller and Judge Junell did the right thing by granting Dalton an early release from his harsh sentence.  Dalton’s case is just one of thousands that needs to be addressed as it is very clear the Americans no longer want to see people criminalized for possessing a plant.  Hopefully, the government will review more cases like Dalton Wilson’s and free the non-violent human beings that have been incarcerated far beyond what is necessary to address their crimes.”

Since Wilson’s release, According to the New York Times, the Obama administration, in its effort to decrease the embarrassing number of citizens in U.S. prison camps, is taking the unprecedented step of releasing crack cocaine offenders.  Obama is encouraging defense lawyers and prison guards to provide a list of low-level, non-violent inmates whom the president might let out of prison early.  The clemency drive is the administration’s effort to reduce the largest prison population on the planet. Currently, the United States has 5 percent of the world’s population but houses 25 percent of the world’s prisoners, over two million in number. Testifying on Capitol Hill recently, Attorney General Eric H. Holder Jr. said the Bureau of Prisons now eats up 30 percent of the Justice Department’s budget, which strains the department’s ability to do other law enforcement missions.  The real question Americans should be asking is, “Who is receiving 30 percent of the budget to cage millions of non violent Americans?” Since prison stock is now traded based on the number of inmates, I’m sure the shareholders are living lavish while millions suffer the torture of being locked away from their families.

Special thanks to Tracee Tomich for managing the incredible amount of data and for remaining in constant contact with the Wilson family. In the past, American presidents, Republican and Democratic, have strongly supported the caging of millions of Americans turning the drug war into what some consider a slow motion holocaust.  Fortunately, and because of activists, pro bono super lawyers and a compassionate federal prosecutor, Americans now have one less prisoner of war to free. To help Mr. Wilson rebuild his life and to fund the freeing of more prisoners, purchase a  “Coughee Pipe,”  handmade in Jamaica by the man who spent 15 years in prison for marijuana seeds.  The bottom of each “Coughee Pipe” is personally engraved with Wilson’s name and inmate number. Only 500 available.  Get more details here.  Arrested for a drug crime?  Have a drug offender in prison?  Contact us.  We will examine all cases. We release prisoners and defendants. 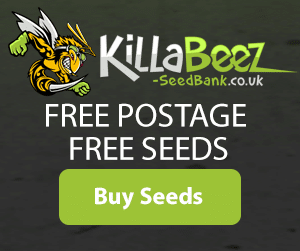